In 2008 I posted The Rich River by Mercy Adhiambo, who was then 21 years young, as a top contender for the third Glass Woman Prize. It is an unforgettable story. Mercy Adhiambo has since become a journalist and just spent six months at The Oklahoman in Oklahoma City as an intern. She is about to return to Kenya. May things go well for you, beautiful and talented and compassionate Mercy Adhiambo. 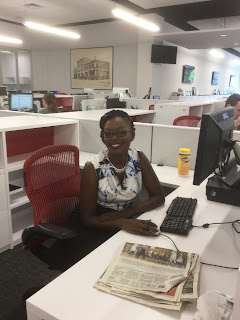 THE RICH RIVER
by Mercy Adhiambo